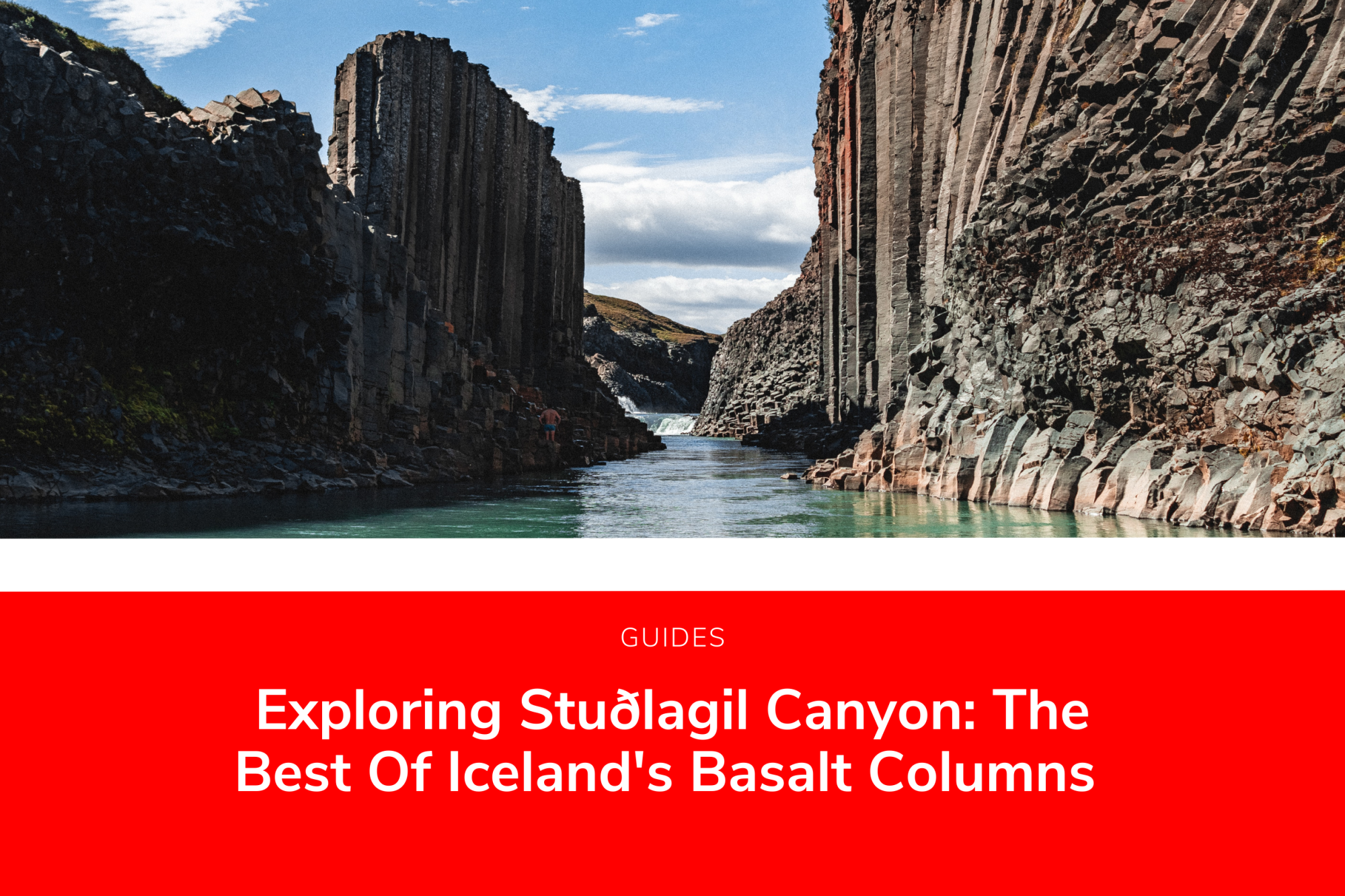 It’s no secret that Iceland is home to some of the most spectacular natural landscapes in the world. Most people know about the stunning black sand beaches, but the recently discovered Stuðlagil Canyon, located in the Jökuldalur Valley in East Iceland, is one of the country’s true hidden gems.

Stuðlagil Canyon directly translates as ‘Basalt Column Gorge’ and is formed from majestic hexagonal-shaped columns of basalt rock that tower over a crystal-clear glacial river. If you’re planning a trip to the area and don’t mind heading off the beaten path in Iceland, Stuðlagil offers an experience you’ll never forget.

While the rock formations themselves were formed long ago, Stuðlagil Canyon remained undiscovered until just over a decade ago, meaning relatively few people have seen it through their own eyes.

The canyon was formed by the Jökla, the powerful glacial river that runs through the Jökuldalur Valley. For centuries, the river was deemed too fierce and too dangerous to cross. It effectively split the valley into two parts and was so deep that even locals were oblivious to the incredible rock formations hiding beneath. 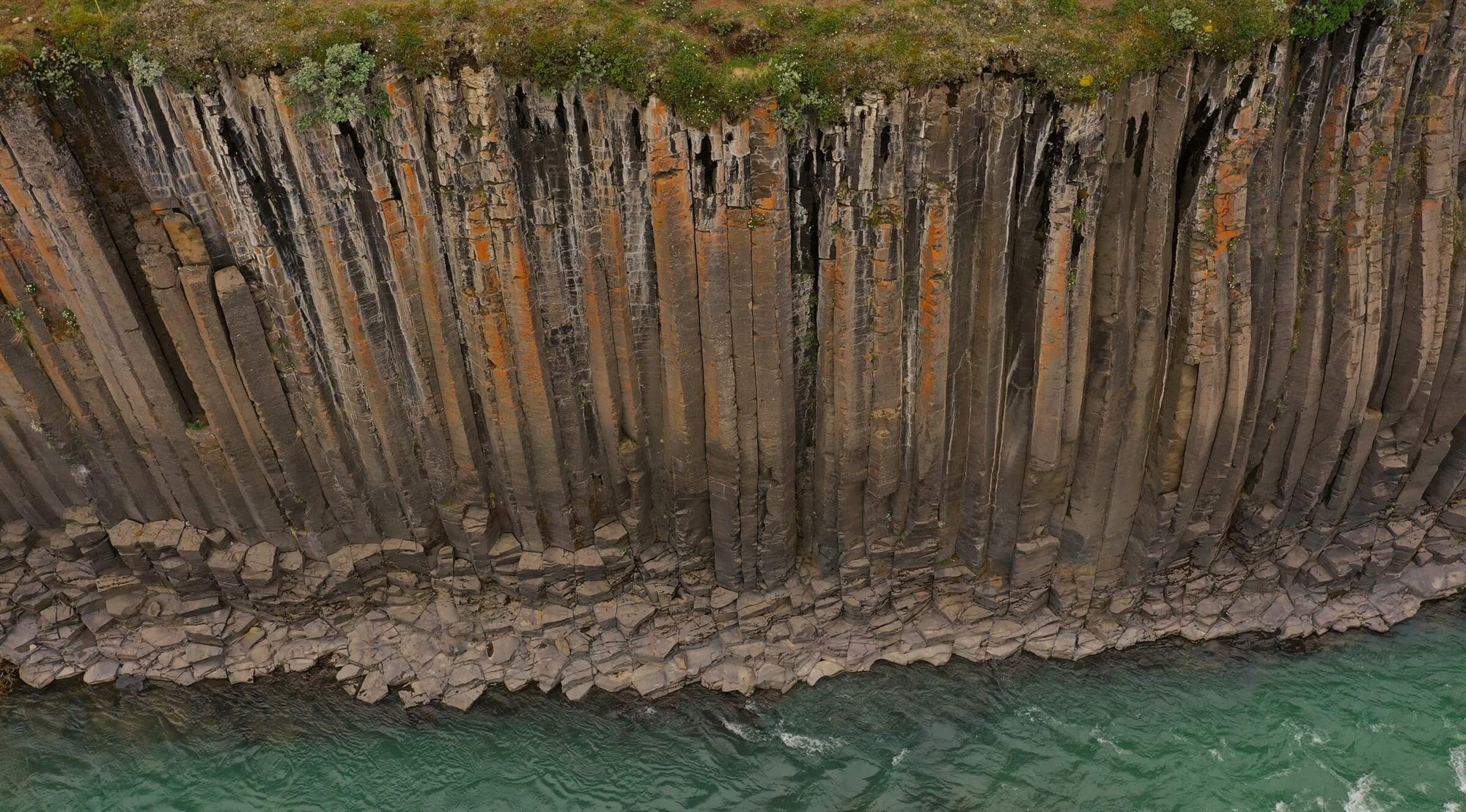 In 2009, a hydroelectric plant and vast reservoir were created nearby in a huge project to power the aluminium plant in Reyðarfjörður. This caused the landscape to change dramatically – the water level fell and the plant harvested the force of the water, leaving it much calmer. Stuðlagil Canyon was finally revealed, and was discovered in around 2016 by local sheep farmers.

Why do basalt columns form in Iceland?

Iceland’s unique geology is the result of two temperature extremes. Firstly, it’s located far up in the North Atlantic Ocean, close to the Arctic Circle, and has several glaciers. Secondly, it sits on the boundary of the North American and Eurasian tectonic plates, meaning there’s a lot of volcanic activity. It isn’t known as the Land of Fire and Ice for nothing!

Basalt is the most common type of volcanic rock in Iceland. Lava erupts from a volcano as liquid magma, then cools and hardens in the cold air, shrinking in volume and cracking into that unmistakable geometric shape. The shapes then cluster together to form columns. The process is called columnar jointing, and is the same natural phenomenon that created the Giant's Causeway in Ireland.

As for those famous turquoise waters, they’re the result of the river being fed by the clear waters of the Hálslón Reservoir. Sadly it’s not something you’ll see year-round, as the higher rainfall in the colder months can cause the dam to overflow, making the river rise and turning it a murkier shade of grey or brown. Iceland’s basalt columns are beautiful in any season, but it’s best to visit in the summer months if you want to catch a glimpse of that other-worldly blue.

How to get to Stuðlagil Canyon

Planning an Icelandic adventure? Stuðlagil Canyon isn’t the easiest place to access, which makes it all the more rewarding when you get there. You’ll need to hire a car to cover some of the distance then continue the last 4 km on foot, taking in the spectacular scenery as you go. 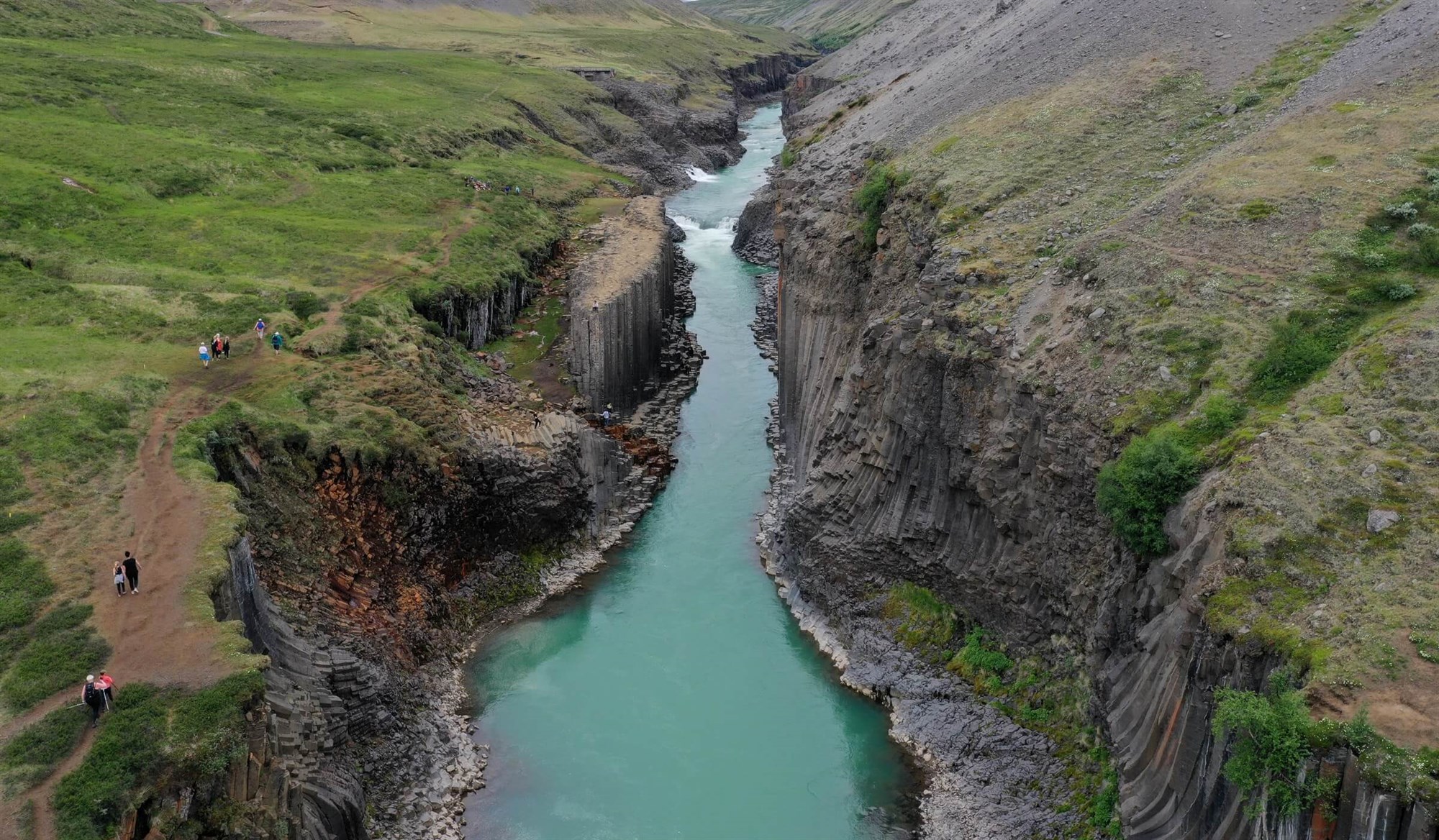 The canyon is 597 km from Reykjavik and 210 km from Akureyri. The closest major town is Egilsstaðir, which lies 72 km to the east and is less than an hour away, though you may not spot any signs for the canyon along the route. From Egilsstaðir, follow the ring road (Route 1), heading towards Guesthouse Skjöldólfsstadir. Continue past it until you reach the turnoff for road 923. After about 14 km you’ll reach a farm, Klaustursel, which has a free parking area.

Continue on foot from there. First, cross the white bridge over the Jökla river. This bridge is for pedestrians only, so don’t be tempted to drive. Take the path to the right and you come to the beautiful Stuðlafoss Waterfall en route to the canyon.

Iceland is famous for its waterfalls, and Stuðlafoss Waterfall (which translates as Basalt Column Waterfall) is well worth ticking off your list. Like the famous Svartifoss Waterfall, it looks all the more impressive for its backdrop of basalt columns. But here, the moss-covered columns get shorter towards the front of the stack, giving the appearance of steps or even a throne.

If you enjoy walking, you’re in luck – there are plenty of hiking trails in the Jökuldalur Valley and the walk to the canyon itself is a fairly challenging 4 km hike. Be aware that the terrain can be stony and loose underfoot, as well as slippery. It’s always a good idea to check weather conditions and log your travel plans before you set off.

Like the rest of the Icelandic countryside, the Jökuldalur Valley is quite remote, with a distinct lack of facilities for visitors. But you won’t be lonely – the rolling hills are home to many sheep, as well as nesting birds in the spring and summer. 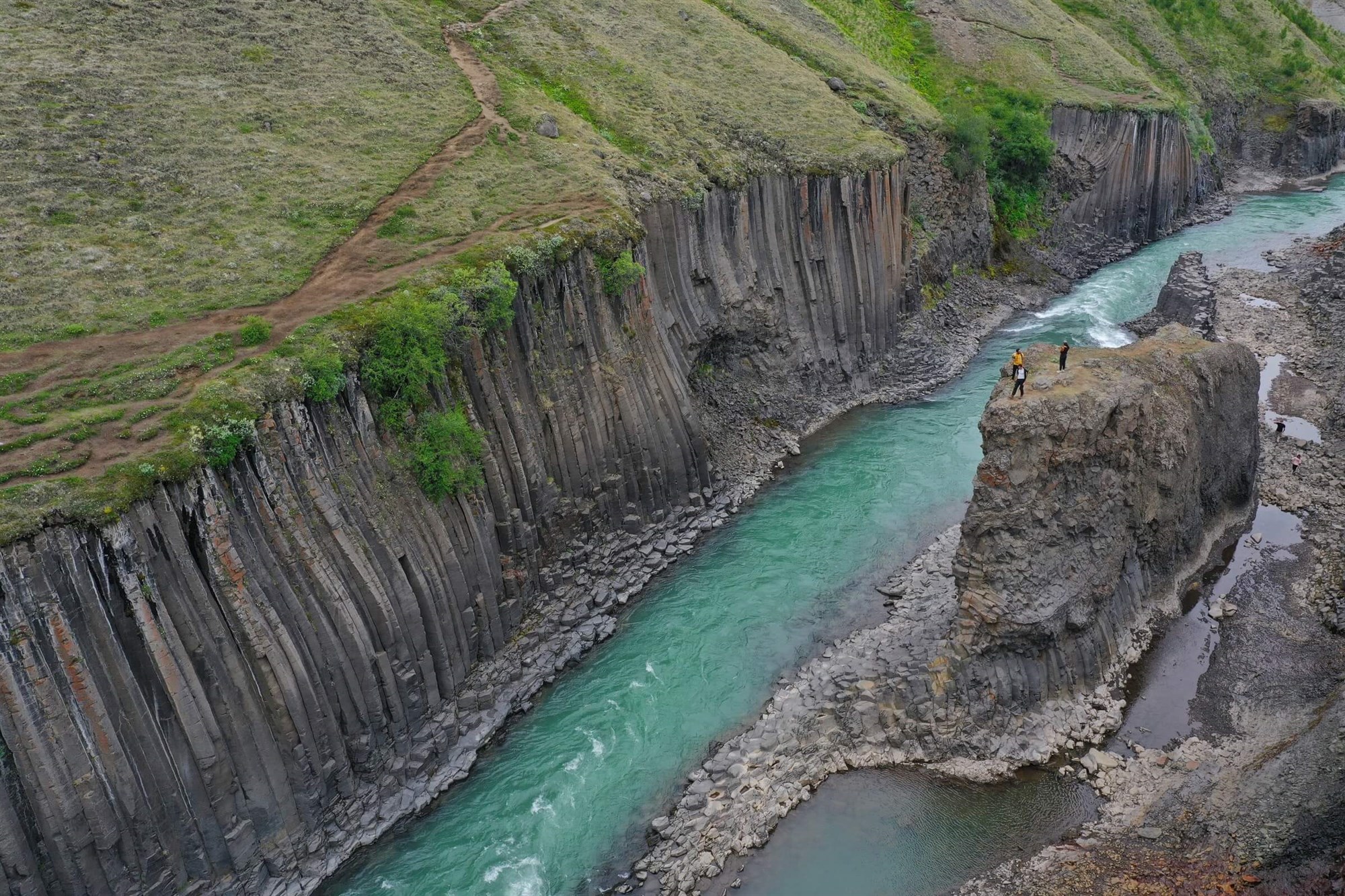 Since Stuðlagil Canyon lies on private property, be extra respectful when visiting, stay on the marked paths and be sure to leave no trace behind. For more information, check out our guide to hiking in Iceland.

Ready to plan your trip?

Hopefully we’ve inspired you to book that trip and see some of Iceland’s incredible sights for yourself. If you love the thought of escaping the crowds and heading out on your own self-drive adventure, check out our guide to Iceland’s hidden gems and book your car rental today.