A Guide to the Icelandic Language 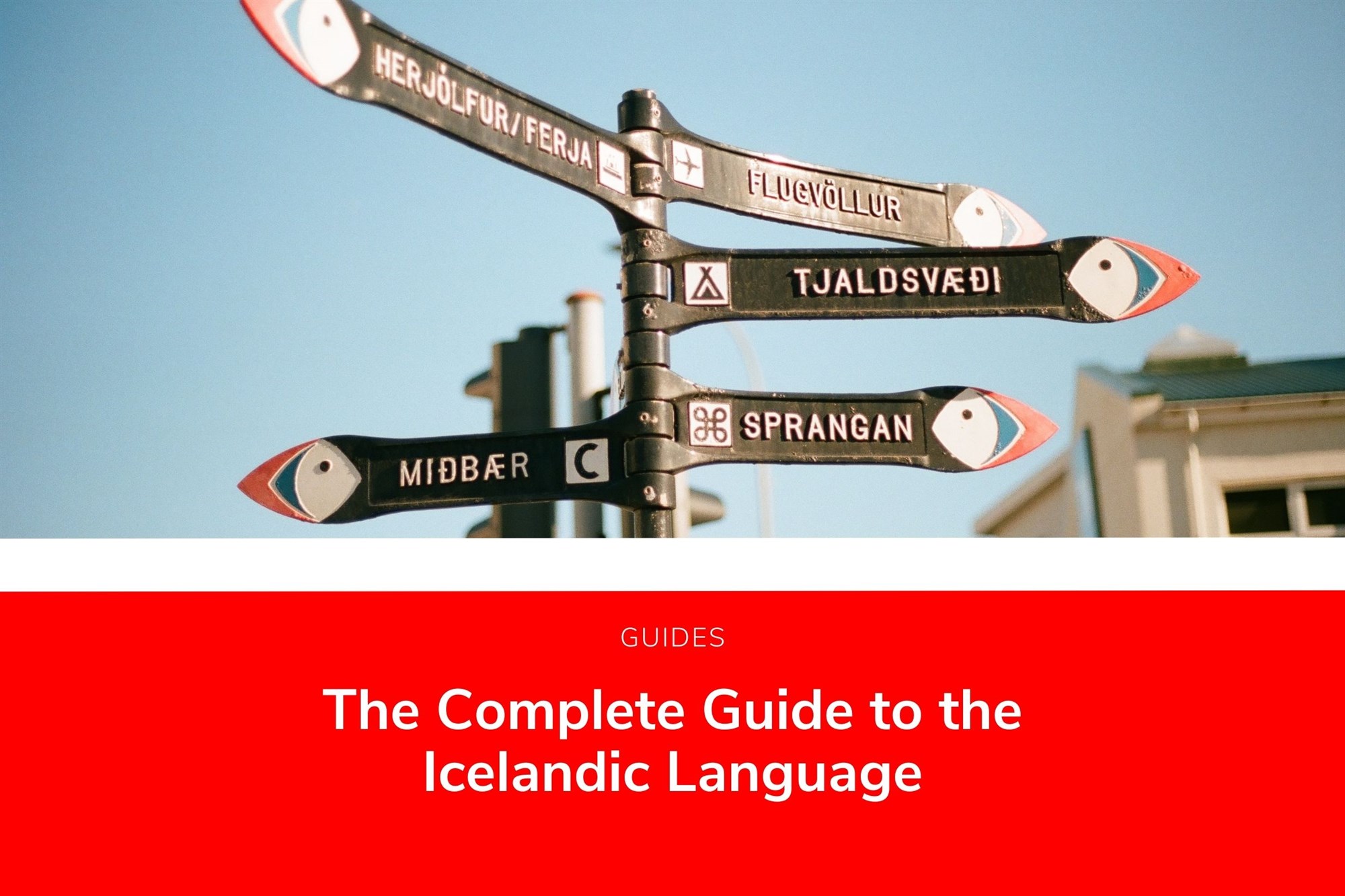 If you’ve booked a trip to Iceland, one of the first things you might want to do is learn about the language you’ll be speaking. From intricate tongue twisters to simple place names, the Icelandic language really does make every word look and sound beautiful. This archaic language is steeped in glorious history, yet it’s still considered one of the hardest languages to learn.

With this guide, not only will you discover the extraordinary background of this language, but you’ll learn a few key phrases and the essential rules needed for speaking Icelandic on your travels. Lestu áfram!

What language do they speak in Iceland?

The official language of Iceland is Icelandic. Of North Germanic origin, the language seems like a world away from English, like so many Scandinavian languages. Icelandic is closely related to German and Faroese too, however, it’s a lot more conservative when it comes to pronunciation.

Currently, only about 350,000 Iceland natives speak the language. This is supported by the endeavors to put language learning at the forefront of Icelandic children’s schooling. Icelanders have a 100% literacy rate in their mother tongue, but they make an effort to learn other languages as well.

Can I speak English in Iceland?

Yes! English is taught as a second language in Iceland, and most Icelanders of all ages can understand and speak it fluently. Icelandic and English are both Germanic languages, so although it doesn’t sound like it, they have a few similarities. This can make it easier to transfer your knowledge between the two languages.

It’s also common for Icelanders to know other languages too, including Dutch, Swedish, German and even Spanish. Even if you’re fluent in all of these languages, it’s worth knowing a few simple Icelandic words and phrases to get yourself around. 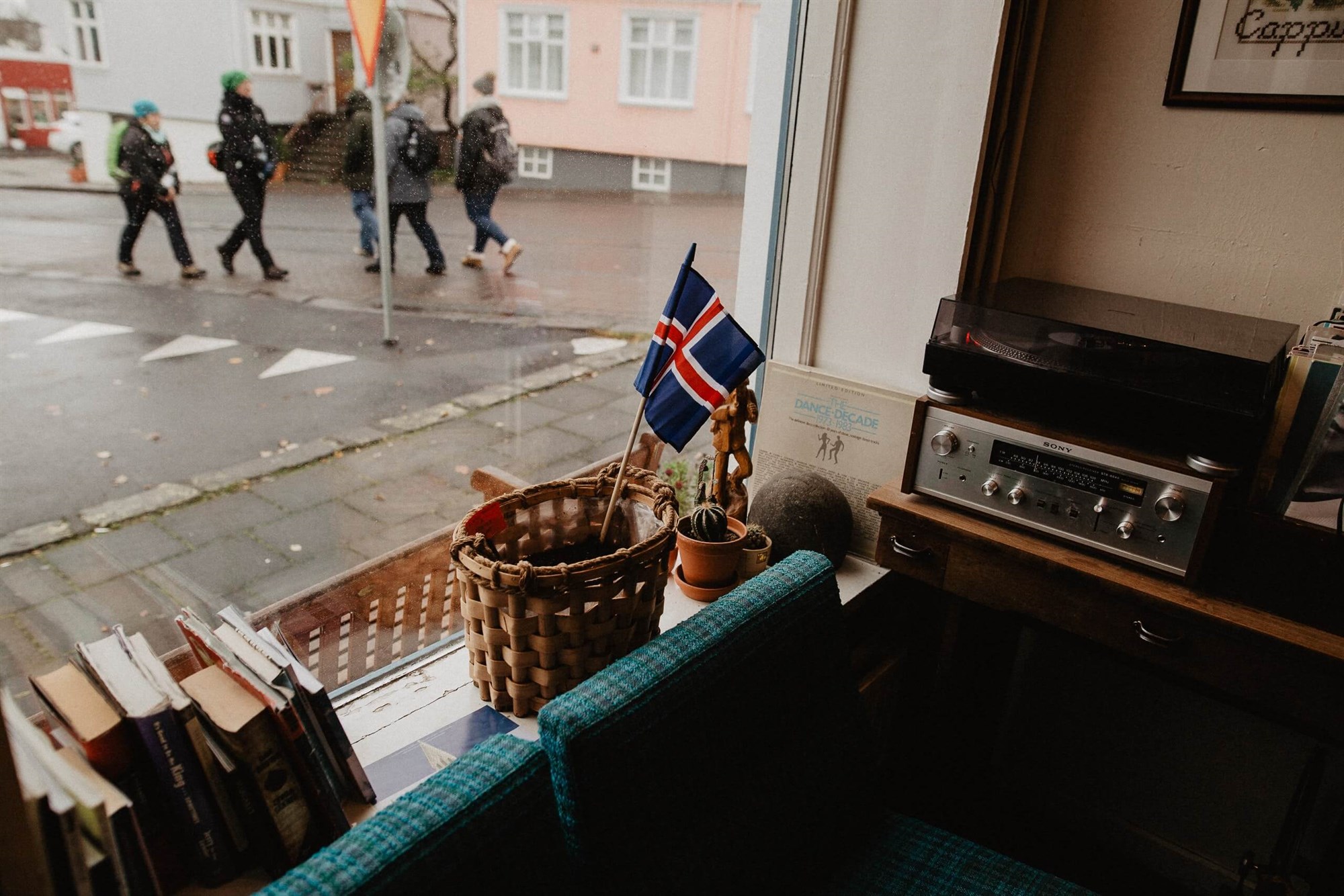 The origins of the Icelandic language

Icelandic originates from Old Norse, which can be traced back to as early as 200AD. Old Norse is commonly associated with Vikings; around this time Scandinavia split into the East and West. The East quickly developed into using Danish and Swedish, whilst the West evolved into Faroese, Norwegian and Icelandic.

Just like any language, Icelandic has gone through many phases. The language used prior to 1200AD is called Old Icelandic, which was used to write hundreds of Icelandic sagas, eddas (poems) and laws. And despite around 500 years of Danish rule following this, the language changed very little. This means that astonishingly, modern-day Icelanders can still read these antique texts.

Interestingly, it’s only more recently that Icelandic has gone through changes. In the 19th century, Danish linguist Rasmus Rask established the Icelandic alphabet, building on older treaties that outlined Icelandic grammar. Rask implemented changes such as the alphabet’s exclusive use of K rather than C.

In 1991, Iceland established the Icelandic Naming Committee. This was to encourage the preservation of the language and to monitor the adoption of modern-day words and slang. The committee has found some clever ways of introducing new words into Icelanders' lives. Such as the new word for phone, Simi, which is an ancient word for thread. And Tölva, which is a combination of the words Tala (number) and Völva (prophetess), now means computer.

If you’re planning on exploring Iceland sometime in the future, it’s a really good idea to get a grasp on a few basic phrases.

Now, these are just the basics, but there are some seriously interesting Icelandic phrases to get your teeth stuck into. These are just a few of the odd phrases you could come across!

Essential tips for speaking Icelandic as a tourist

If you’re new to Icelandic, don’t be overconfident and don’t make assumptions. Learning Icelandic on paper is one thing, but speaking it is the true test. Having assumptions may lead to you judging a situation wrongly; it’s very easy to make a mistake. It’s best to be transparent.

Approach Icelanders with honesty. As many of them will speak to tourists or foreigners in English, explain to them that you’re trying to learn and that you may not be pronouncing words right. You never know, they might teach you something new!

Did you notice something missing from the basics? It’s important to note that Icelanders don’t say please. No, they’re not rude! The ‘please’ in your everyday speech is implied through pronunciation. It may be confusing, but the bottom line is to be polite!

How hard is it to learn Icelandic?

The Icelandic language has a ferocious reputation. It’s known for its scary inflections and terrifically long phrases, such as Áfram með smjörið, which means On with the butter! And even weird phrases and translations such as that can make learning Icelanding seem like an impossible task.

But we’re here to reassure you while it may be tricky, it certainly isn’t impossible. According to the FSI, Icelandic sits in category IV for language learning difficulty. They’ve determined that it takes around 44 weeks, or 1100 hours to learn fully. Here are just a few reasons why it takes so long to learn:

Icelandic can be a headache! It’s filled with complex vocabulary and grammar. Every new word you meet is unique. There are very few words that lend themselves to English. Icelandic is also completely different when it comes to nouns, gender, and plurals too, creating a lot more language barriers to get around.

Icelandic has a tricky pronunciation

Icelandic is not like English where it’s very easy to describe how you’re feeling or what you’re saying. Exact phrases can have their meanings completely changed by using the wrong inflection. And on top of that, there are letters such as æ and ö, which have their own pronunciations.

Icelandic has been preserved for years

In the 19th century, there was a national movement to bring Icelandic back to its poetic roots. This was to keep the language pure and removed from modern influences. Combined with its isolated geographical location, Icelandic has become one of the more difficult languages to learn. 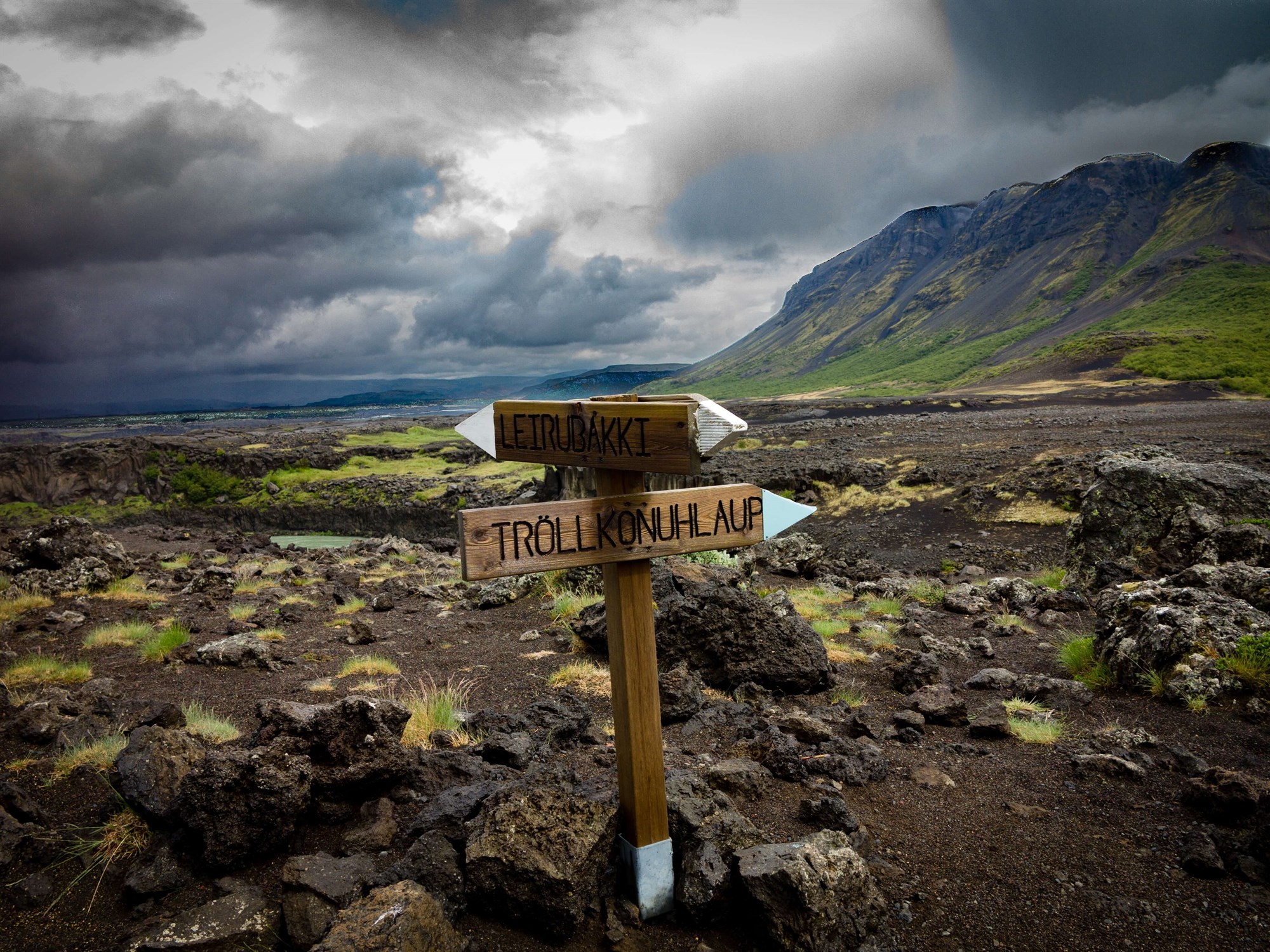 How to approach speaking the Icelandic language

Don’t let these obstacles put you off! Icelandic is a beautiful language to learn and speak. But you really do have to put the time and effort in to get to grips with it. Approach it like you’re studying for a test. Put away time slots to learn the language every day or every week. The basics won’t come naturally, but if you push through, mastering the language will be easier.

An integral part of learning is communication, so don’t delay in speaking Icelandic out loud. Don’t be afraid to make mistakes! Many people say that the best way to learn a language is to immerse yourself in a different country and pick up as much as you can. If you want to put your language skills to the test, why not rent a car in Iceland and explore some of the less touristic areas where you may hear Icelandic being spoken more and start to pick up on common words or phrases.

If you’re still not quite confident enough to try that, there are some great resources out there to make life easier. You could…