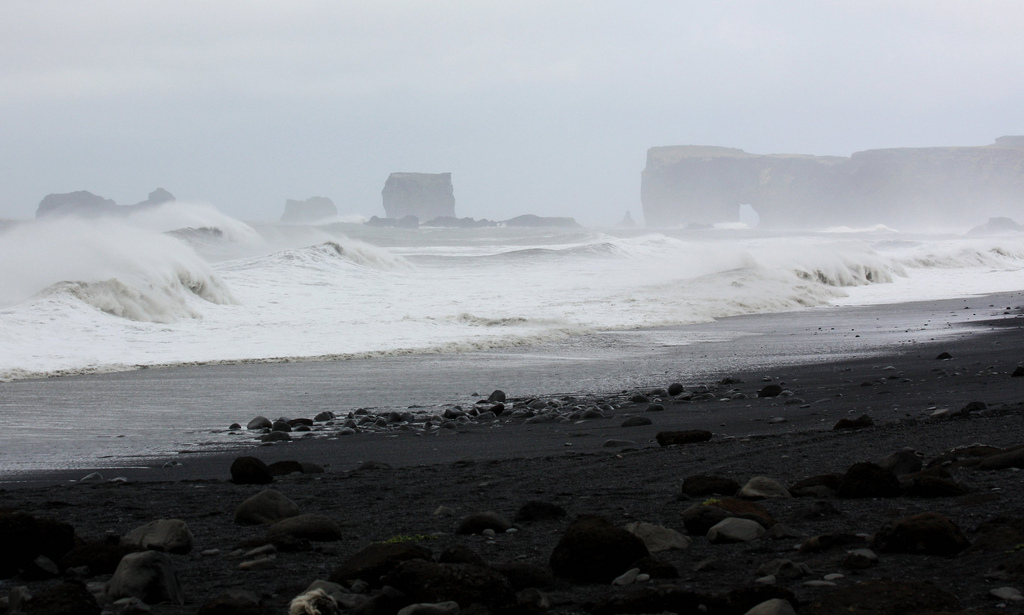 It is not unlikely that you have heard something about the black beach in Iceland.  The beach, called Reynisfjara, is located in the south coast of Iceland about 10 km from the town of Vik. Reynisfjara features a beautiful cliff of regular basalt columns resembling  a rocky step pyramid. The area has amazing birdlife, including guillemots, fulmars and puffins.

According to folklore, two trolls attempted to drag a ship to land but were turned to stone as daylight broke, turning them into into the Reynisdrangar stacks. Despite the natural beauty, Reynisfjara can be dangerous. The water is very cold and the rip currents are very strong.

The beach is one of the main tourist attractions in Iceland and in 1991, the American journal Islands Magazine counted the black sand beach of Vik, Iceland as one of the ten most beautiful non-tropical beaches on Earth.

If your are coming to Iceland, this is a place you don't want to miss. 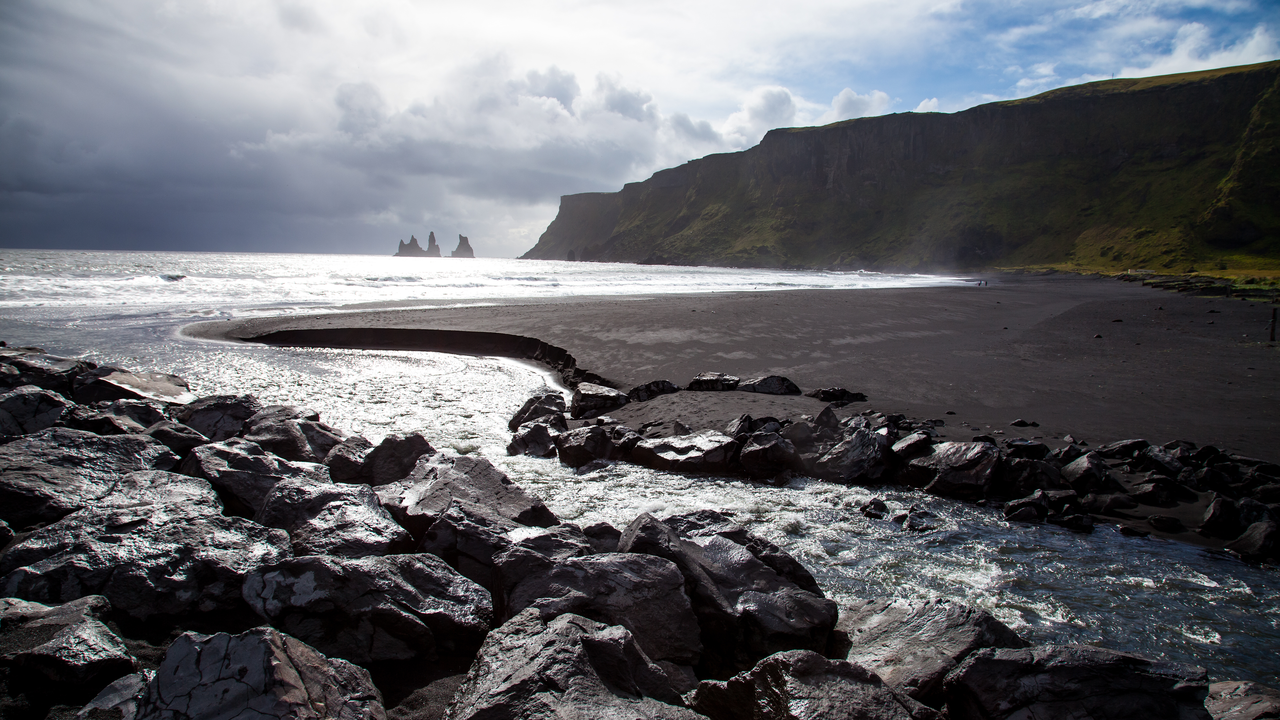